Ireland and The Republic is a must for everyone. The people are passionate, proud, personable and positive. It was a pleasure and a privilege to share exciting experiences with others on my Familiarisation Trip with Tourism Ireland. The trip commenced in Belfast with a 5star food taster, including my first taste of oysters, an acquired taste! This was followed by a networking event in The Belfast Titanic Museum, meeting with Ireland’s best suppliers of hotels, tours, places of interest and everything associated with enjoying Ireland and The Republic. Dinner in The Titanic was amazing - as was the company.

On day 2 we travelled along The Causeway Coastal Route, visited the refurbished Carrickfergus Castle in County Antrim. Continued north visiting Glenarm Castle & Walled Garden. After a lovely lunch at The Old Thatched Inn in Castledawson we visited the new Seamus Heaney Home Place. This is a fantastic place to visit and we even stopped at the little black & white Blacksmith’s Cottage which inspired him and featured strongly in his literature. Early evening and a visit to the truly magnificent Guild Hall in Londonderry/Derry, one of the most striking buildings in the North West. We then completed a Walking Tour of Derry’s Historic Walls. This is the only remaining completely walled city in Ireland and one of the finest examples in the whole of Europe. The tour was made particularly special by the fantastic tour guide who was half Chinese, half Irish and a Buddhist! His knowledge was unsurmountable and extremely educating as well as entertaining. This was followed by dinner in the Walled City Brewery (more exquisite food including fine specialised taster ales & whiskies).

On Day 3 we entered into the Republic of Ireland visiting Donegal and Castle, Lissadell House and Gardens continuing on to Sligo for a Sheepdog Experience in the rain with Martin Feeney (local farmer) a must for all, even if you are not really into sheep!

Day 4 continuing to Ballycastle we had a guided tour of the Ceide Fields in County Mayo. This is the most extensive Stone Age monument in the world consisting of field systems, dwelling areas and megalithic tombs. After lunch we headed for the National Museum of Ireland & County Life, home to the national folk life collection, a story of Irish country life between 1850 and 1950. Afternoon consisted of a tour of Westport House, The 18th century country house now privately owned, but formerly by the direct descendants of Grace O’Malley, the famous 16th Century Pirate Queen of Connaught. This has become one of Ireland’s best loved attractions and has recently been voted one of the Best Family Visitor attractions in Ireland. Following a fantastic dinner in Hotel Westport, a family run hotel in Westport next to the Great Western Greenway, a spectacular 42 kilometres of walking and cycling. We later found some traditional Irish Local Music.

A fantastic trip and can’t wait to return. If anyone needs any further information on where to go, what to do I am more than happy to help. 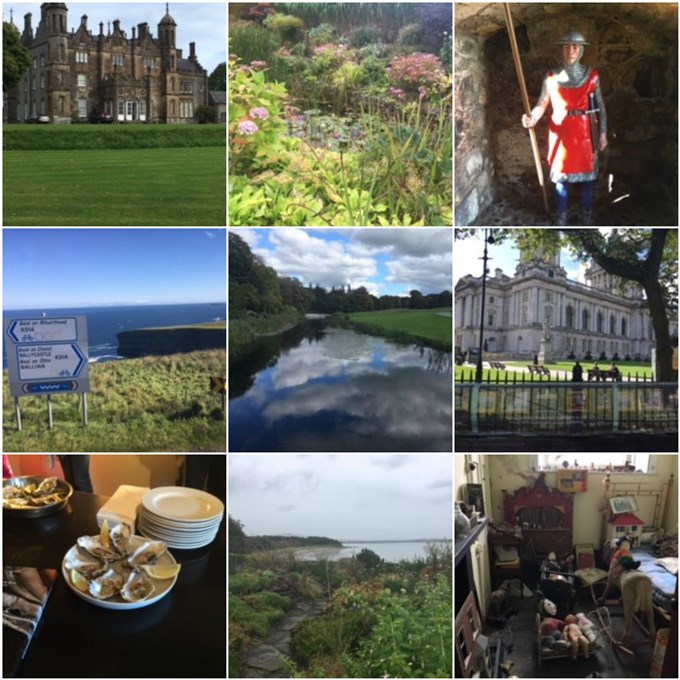 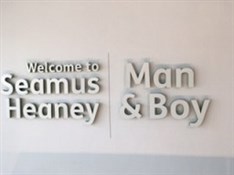 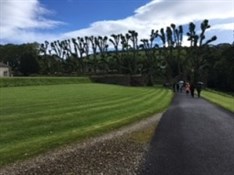 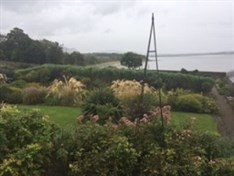 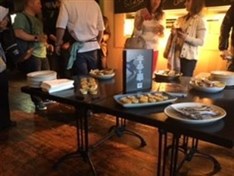