Bringing 2000 years of history, myth and legend to life in a spectacular family entertainment for all ages!

Our Head of Sales and Marketing, Kerrie Allison recently had the pleasure of attending the press preview event of ‘Kynren – An Epic Tale of England’. Here she shares her blog of the event.

“Pitched as the UKs ‘must see’ outdoor live show, this is a must for mums, dads, grandparents and children. In fact, Kynren is a spectacular experience for all the family, taking you on a journey through 2,000 years of history.

As well as a world class show, I witnessed stunts, horsemanship, stunning pyrotechnics and amazing special effects, all set to a thrilling soundtrack.

As dusk fell, I took my seat in front of a vast stage in the beautiful countryside of Bishop Auckland. The lake in front of me was still and I sat eagerly immersed in the music. What followed was an epic story of our country’s history. I witnessed King Harold rejoice, having conquered the Vikings, but his celebrations were short-lived… The tranquil waters of the lake began to ripple, its surface began to swirl. Suddenly a Norman long ship erupted from its depths, bearing a fierce William of Normandy and his roaring men who leapt ashore with their swords held high.

This is a snapshot of just one of Kynren's 29 scenes, others also include the Roman occupation, the Viking and Norman invasions, medieval feasts and jousting, the splendour of the Tudors, the English Civil War, the Georgian Renaissance, Industrial Revolution and two world wars right up to the current period and many other scenes in between.

The huge 1,000 cast is joined on stage by the animals of Kynren, collectively bringing each scene to life.

Whether you’re interested in history or not, Kynren takes you on a spellbinding voyage, as seen through the eyes of Arthur, the son of a mining family from the North East of England.” 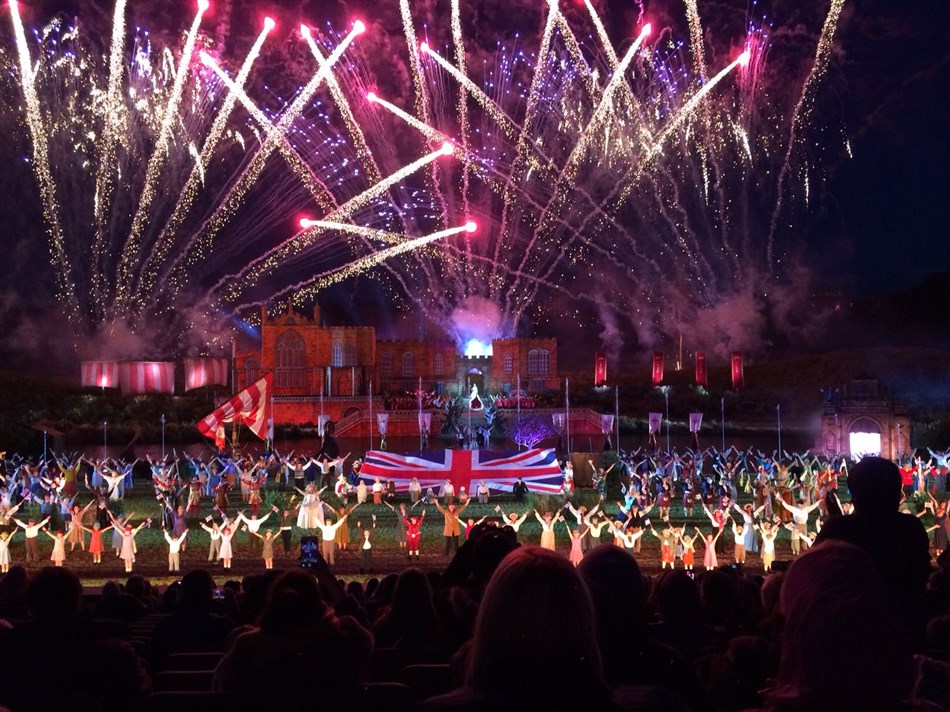